There are many references to trance and hypnosis in early writings. In 2600 BC the father of Chinese medicine Wong Tai, wrote about techniques that involved incantations and passes of the hands. The Hindu Vedas written around 1500 BC mention hypnotic procedures. Trance-like states occur in many shamanistic, druidic, voodoo, yogic and religious practices. 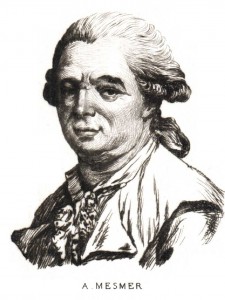 The earliest references to hypnosis date back to ancient Egypt and Greece. Indeed, ‘hypnos‘ refers to the Greek god and is the Greek word for sleep, although the actual state of hypnosis is very different from that of sleep. Both cultures had religious centres where people came for help with problems. Hypnosis was used to induce dreams, which were then analysed to get to the root of the trouble.

Modern father of hypnosis, Austrian physician, Franz Mesmer (1734 – 1815), from whose name the word ‘mesmerism’ is derived. Though much maligned by the medical world of his day, Mesmer was nevertheless a brilliant man. He developed the theory of ‘animal magnetism’ – the idea that diseases are the result of blockages in the flow of magnetic forces in the body. He believed he could store his animal magnetism in baths of iron filings and transfer it to patients with rods or by ‘mesmeric passes’.

The mesmeric pass must surely go down in history as one of the most interesting, and undoubtedly the most long-winded, ways of putting someone into a trance. Mesmer would stand his subjects quite still while he swept his arms across their body, sometimes for hours on end. I suspect that this probably had the effect of boring patients into a trance but it was certainly quite effective. Mesmer himself was very much a showman, conveying by his manner that something was going to happen to the patient. In itself this form of indirect suggestion was very powerful. Mesmer was also responsible for the popular image of the hypnotist as a man with magnetic eyes, a cape and goatee beard. His success fueled jealousy among many of his colleagues and this eventually led to his public humiliation. looking back, it is quite incredible that hypnosis survived in these early years, because the medical world was so dead set against it. 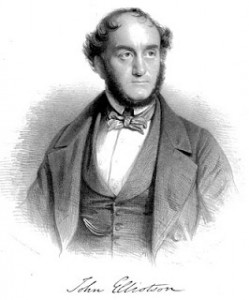 Another forward thinker was John Elliotson (1791 – 1868), a professor at London University, who is famous for introducing the stethoscope into England. He also tried to champion the use of mesmerism, but was forced to resign. He continued to give demonstrations of mesmerism in his own home to any interested parties, and this led to a steady increase in literature on the subject.

The next real pioneer of hypnosis in Britain appeared in the mid-nineteenth century with James Braid(1795 – 1860). Primarily a Scottish eye doctor, he developed an interest in mesmerism quite by chance. One day, when he was late for an appointment, he found his patient in the waiting room staring into an old lamp, his eyes glazed. Fascinated, Braid gave the patient some commands, telling him to close his eyes and go to sleep. The patient complied and Braid’s interest grew. He discovered that getting a patient to fixate upon something was one of the most important components of putting them into a trance. 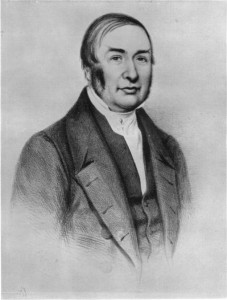 The swinging watch, which many people associate with hypnosis, was popular in the early days as an object of fixation. Following his discovery that it was not necessary to go through all the palaver of mesmeric passes, Braid published a book in which he proposed that the phenomenon now be called hypnotism.

Meanwhile, a British surgeon in India, James Esdaile (1808 – 59), recognised the enormous benefits of hypnotism for pain relief and performed hundreds of major operations using hypnotism as his only anaesthetic. When he returned to England he tried to convince the medical establishment of his findings, but they laughed at him and declared that pain was character-building (although they were biased in favour of the new chemical anaesthetics, which they could control and, of course, charge more money for). So hypnosis became, and remains to this day, an ‘alternative’ form of medicine.

The French were also taking an interest in the subject of hypnosis, and many breakthroughs were made by such men as Ambrose Liébeault (1823 – 1904), J.M. Charcot (1825 – 93) and Charles Richet (1850 – 1935). The work of another Frenchman, Emile Coué (1857 – 1926), was very interesting. He moved away from conventional approaches and pioneered the use of auto-suggestion. He is most famous for the phrase, ‘Day by day in every way I am getting better and better.’ His technique was one of affirmation and it has been championed in countless modern books.

A man of enormous compassion, Coué believed that he did not heal people himself but merely facilitated their own self-healing. He understood the importance of the subject’s participation in hypnosis, and was a forerunner of those modern practitioners who claim, ‘There is no such thing as hypnosis, only self-hypnosis.’ Perhaps his most famous idea was that the imagination is always more powerful than the will. For example, if you ask someone to walk across a plank of wood on the floor, they can usually do it without wobbling. However, if you tell them to close their eyes and imagine the plank is suspended between two buildings hundreds of feet above the ground, they will start to sway. 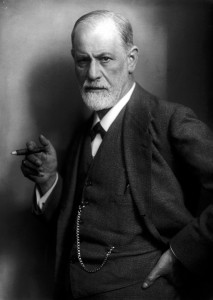 In a sense Coué also anticipated the placebo effect – treatment of no intrinsic value the power of which lies in suggestion: patients are told that they are being given a drug that will cure them. Recent research on placebos is quite startling. In some cases statistics indicate that placebos can work better that many of modern medicine’s most popular drugs. It seems that while drugs are not always necessary for recovery from illness belief in recovery is!

Sigmund Freud (1856 – 1939) was also interested in hypnosis, initially using it extensively in his work. He eventually abandoned the practice – for several reasons, not least that he wasn’t very good at it! Sigmund favoured psychoanalysis, which involves the patient lying on a couch and the analyst doing a lot of listening. He believed that the evolution of the self was a difficult process of working through stages of sexual development, with repressed memories of traumatic incidents the main cause of psychological problems. This is an interesting idea that has yet to be proved. Freud’s early rejection of hypnosis delayed the development of hypnotherapy, turning the focus of psychology away from hypnosis and towards psychoanalysis. However, things picked up in 1930s in America with the publication of Clark Hull’s book, Hypnosis and Suggestibility. 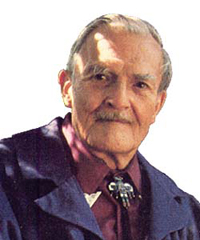 In more recent times, the recognised leading authority on clinical hypnosis was Milton H. Erickson, MD (1901-1980), a remarkable man and a highly effective psychotherapist. As a teenager he was stricken with polio and paralysed, but he remobilized himself. It was while paralysed that he had an unusual opportunity to observe people, and he noticed that what people said and what they did were often very different. He became fascinated by human psychology and devised countless innovative and creative ways to heal people. he healed through metaphor, surprise, confusion and humour, as well as hypnosis. A master of ‘indirect hypnosis’, he was able to put a person into a trance without even mentioning the word hypnosis.

It is becoming more and more accepted that an understanding of hypnosis is essential for the efficient practice of every type of psychotherapy. Erickson’s approach and its derivatives are without question the most effective techniques.

Over the years hypnosis has gained ground and respectability within the medical profession. Although hypnosis and medicine are not the same, they are now acknowledged as being related, and it is only a matter of time before hypnosis becomes a mainstream practice, as acceptable to the general public as a visit to the dentist.

Extract from “THE HYPNOTIC WORLD OF PAUL McKENNA” published by Faber & Faber.